Perhaps it is fitting that the US election limps rather than sprints towards a resolution. When half of the population no longer trusts the media (not unreasonably), separating truth from fiction is a more arduous task than it used to be. Close elections are fertile ground for accusations and distrust (Brexit anyone?). Now that the votes have been counted we can relax into the US traditional pastimes of recounts and suing each other.

Donald Trump considered himself a property mogul before he felt the call to serve his country. How successful he has been in the office of the Presidency is for others to consider but his oft-stated success as a property investor is vulnerable to analysis. In 2015 Fortune magazine dug around and discovered that if he had used his substantial inheritance to buy an S&P 500 tracker he would be significantly more wealthy (by a factor of 300%) than he claimed to be. If this is correct then, far from being a great property investor, his value add is negative. Which brings us to the subject of this paper.

On the 19th October Land Securities – one of the largest (£12.9bn) and oldest (founded in 1944) property management companies in the UK – announced that it was to sell off a third of its portfolio in a shift from retail property assets.

The beautifully presented reports and accounts have a mere 200 pages and details in depth, as you would expect, not just the financial performance but the zero-carbon strategy, the wellbeing measures and their commitment to creating “social value” amongst many other things. Every element of it presents a vision of deep competence and professional clarity. Indeed the board recognises this itself. Its own evaluation of its performance reported that it “continues to operate to a high standard and work effectively” and have “performed well”. Which, to be fair, one might expect from a board that paid itself £4.3m last year.

To the untrained eye running a property portfolio does not seem too complicated. You own properties, you receive rent, you deal with the tenants and you decide how to spend the surplus cash. However Land Securities needs lots of very clever people to do this. They boast of their “growing culture of innovation” from “an expert team…with world-class skills”. Shareholders should expect no less since they paid staff £59m last year.

The niggling observation we would highlight is that Land Securities lost £837m last year, having lost £123m the year before. This was a result which was sufficiently good that nearly half of the board’s performance bonus was paid out.

But this is, surprisingly, a trifling criticism, compared to the observation that Land Securities share price is lower now than it was 30 years ago. That takes some doing, it really does. If they had left an elderly labrador in charge and periodically replaced it (ie: do nothing) the company should have seen its share price rise in line with property values (property values have increased by over 400% over the period). For the company to have delivered a negative return to shareholders over that time scale takes some unique skills.

Land Securities is a REIT (a real estate investment trust) which means it is a “closed-end” vehicle. If you wish to buy shares in it you do so the same way as you might buy shares in Diageo or Unilever. The share price can therefore trade at a discount or premium to the underlying value of the property assets, the NAV (net asset value). The lack of confidence investors feel in the capabilities of Land Securities management and portfolio is represented in its current valuation being just 50% of the NAV.

In contrast you have “open ended” investment vehicles where if you wish to own part of it you subscribe cash and new units are issued. The company receives your cash and uses it to invest in additional properties. Inversely, if you wished to sell your units, then they either have to pay you back from their cash resources or sell property to fund your redemption.

As will be obvious, the open-ended vehicles are almost designed to compel capital ill-discipline. All asset classes prices go up and down and property is no exception. When asset prices rise it captures the attention of retail investors who then wish to invest. The maximum amount of money flooding into the open-ended vehicles is always close to the absolute peak of asset prices. The managers therefore load up on whatever is considered the hottest property assets right at the top.

Of course the inverse is also true. When prices have fallen significantly retail investors do their thing and stampede for the exit leaving the property company short of cash and a forced seller of anything that can be sold. This will usually be at the bottom of the market.

The existence of open ended property funds has always been hard to explain, much less justify. There is an obvious liquidity mismatch between the daily dealing in the fund and the ability of the fund to deliver liquidity – you can’t sell a property in a day. It took the Brexit vote to finally reveal this fundamental flaw in the model. In the market falls after the vote there was a wave of redemptions (people selling their property fund units) and the funds simply were unable to satisfy this; they had to suspend trading in their units and deny their investors liquidity. This lasted almost a year in some cases.

At the start of the lockdown the same reoccurred, though this time an inability to reliably value property assets was added to the lack of market liquidity that led to fund suspensions.

Land Securities is a closed-end vehicle, so even though it has been spared the structural compulsion to be ill-disciplined, it has somehow managed to achieve greatness in this regard nevertheless. How have they managed to make such a mess? There are several factors but above all we would highlight the same lack of capital discipline that bedevil the open-ended property companies. Plus leverage.

For Land Securities the broad story is that when property markets boom they made their biggest acquisitions at the top prices and took on the most debt. When property markets crashed they then have a massively dilutive rights issue to repair the hole in their balance sheets after all the write-offs. Repeat.

If you do this enough times you too would be able to insulate yourself from the profits that merely holding onto the property would naturally accrue.

They are not unique here – this cycle repeats in most of the biggest property companies due to group-think and the “institutional imperative” whereby doing something different from your peer group is damaging to your career. The senior people flit from one entity to another and there is little independent thought or context brought to challenge this conventional strategy.

If they load up on office space, expect it to be at the moment supply booms and prices fall. If they load up on industrial property, it will be in the wrong sector. If they decide this time it is residential property’s time to shine, they will buy in the wrong place. Warehouses, yes please, just up until the moment that their valuations start to surge, because (having sold at a loss) retail property looks just the ticket!

Land Securities announced that having acquired retail exposure over the previous decade they have, finally, decided that this is perhaps not the best idea and will be looking to sell their retail assets. We do not own Land Securities for our clients but even we are shaking our heads that it has taken them so long to recognise the inevitable. The severe pressure retail property is under was amplified by the pandemic and the lockdown, for sure, but it merely brought forward changes in spending patterns that had been obvious since the internet became prevalent.

What is truly strange is that Land Securities are hardly unique. One of the other UK quoted property giants, Hammerson, was worth 238p a share in 1990, the shares are 17p today. The last of the big three, British Land has been able to grow its 1990 share price of 262p to a whopping 349p today. For context if British Land’s share price had merely kept pace with inflation it would be at 600p. The FTSE100 was (conveniently) at 1990 in 1990. Even after the great millennium bubble bursting of 2000, the financial crisis of 2008 and this year’s pandemic it has still been able to deliver a positive real return (ie: above the rate of inflation).

Why does this dynamic appear pervasive amongst the largest property companies? Well it could be that the answer lies within the question. “Largeness” is the problem. Above a certain size the ability to move at pace and be flexible degrades – there are negative scale effects. They also, to a certain extent, bid against themselves. The consequence (of Land Securities having announced that they will be exiting billions of pounds of retail property) on the perceived value of the land they are selling is obvious. Any buyer of those assets knows they have a committed seller who will be measured on the achievement of their stated strategic goal – the sale of the asset, not the price they achieve for it. We would also highlight remedial governance. The boards and non-execs are paid good money to challenge the strategy and to forcibly represent the shareholders and ultimate owners. A cursory examination of the long term performance of these companies is sufficient to reveal that those duties have been very poorly undertaken.

We should be clear here, the fault is not with property as an asset class. Property is an important and valuable provider of returns for investors and should comprise a significant component of long term investors portfolios.

There are many highly competent managers of property companies. If we look at UK listed property vehicles, Berkeley Group and Helical (formerly Helical Bar), amongst others, have delivered highly competent returns for shareholders. But the talent in the industry appears to be at the head of private firms and long term family property vehicles. Indeed, for some they have made their fortunes by betting against Land Securities and the other “giants” at every turn. If they sell, then buy. If they gear up, then cut leverage. If they go into office space, sell yours etc.

The one thing we would highlight though is that if Land Securities are now dumping their retail estate then there will be many sharp minds out there looking very hard at the sector and seeing what opportunities will be available.

For in the case of Land Securities it is the wise that rush in where it fears to tread. 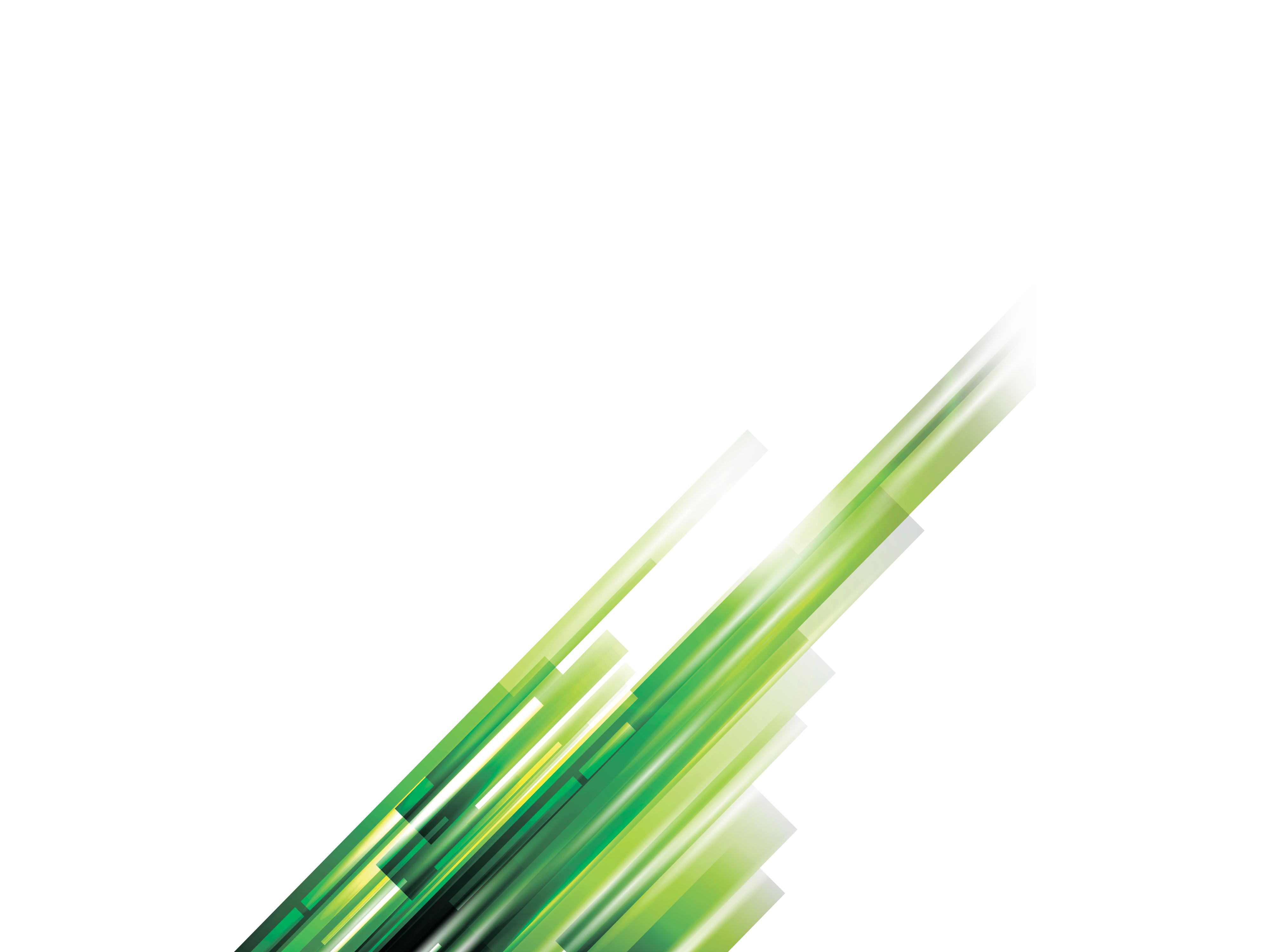