The banking system failed spectacularly in the crisis. The supposed pillars of strength evaporated leaving governments to step in to pick up the bill on behalf of their respective populations. Whether through explicit bail outs, as in the case of Lloyds, RBS, UBS etc. or implicitly via massive releases of liquidity, banks were rescued.

There are layers, or tiers, of capital within a bank that are, or should be, loss absorbing. When downturns come, the banks should have enough capital to take the losses that the worsening economic environment will inevitably produce. Two things did not happen in this crisis. The banks did not have enough capital, being required to hold only 4% Tier 1 capital (see fig.1), and most loss absorbing capital did not take any losses. Equity holders took the pain, but all other layers of capital, from the most junior of debt holders and up, were protected (fig.1 all but the lowest box).

The rest of the pain was absorbed by the state. This was the least bad option, allowing the banks to have failed would have created a financial storm too great to imagine. 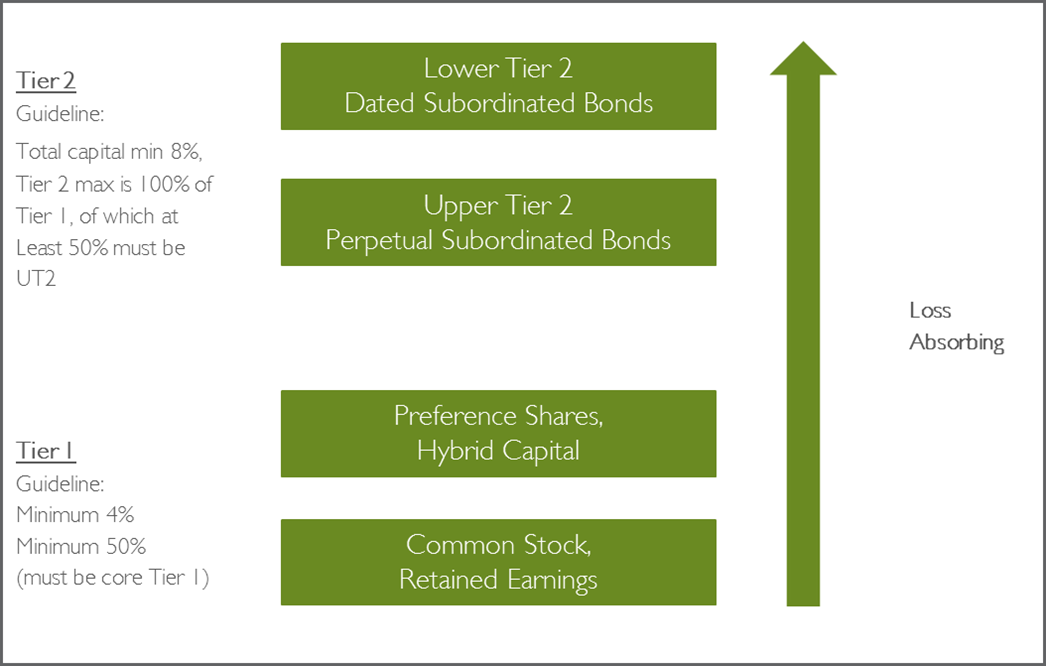 What is being done to prevent this from happening again?  There are huge changes being introduced that will increase the quantity and quality of capital that banks have to hold.  Fig 2 shows the typical structure that banks are heading to by Basel 3 implementation 2020, with key milestones in 2015.

Banks must hold a minimum of 6% in Tier 1 capital at all times, up to 1.5% of which can be in Additional Tier 1 securities, the rest must be in common equity.  They must have a total capital ratio of at least 8% at all times, up to 2% of this can be in Tier 2 capital.  Additionally, local regulators can impose a Capital Conservation Buffer of 2.5% which will be phased in from 2016 and local regulators can require a further countercyclical capital buffer to be held.  Finally there will be a surcharge for banks deemed to be systemically important financial institutions.

What does this mean for the investor?  A large rotation by the banks out of the old style hybrid Tier1 and Upper Tier 2 securities into the new Additional Tier 1 issues has started and there is an expected EUR50bn of issuance in the pipeline for this year. 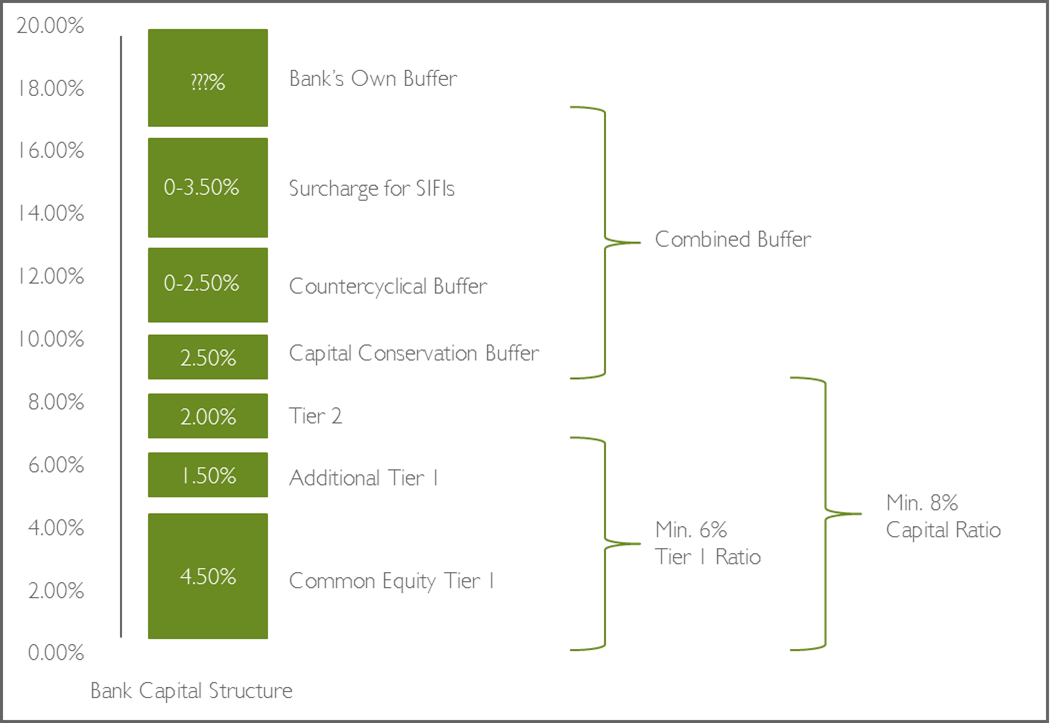 The senior debt of banks will become safer with the large increase of loss absorbing capital being introduced beneath it. Equity investors, who have already taken large losses, should continue to struggle with the return on capital ratio worsening with the increase in capital requirements.

SORBUS views this investment area as one where active fund managers, with specialist knowledge in this pocket of the fixed income universe, are worth paying up for. A lack of consensus within the market provides both opportunity and risk of a brand new asset class. We continue to monitor which managers are focusing on this rotation.