In his book “Boomerang” Michael Lewis posed this question:

“The question everyone wants an answer to is: Will Greece default? There’s a school of thought that says they have no choice: the very measures the government imposes to cut costs and raise revenues will cause what is left of the productive economy to flee the country. The taxes are lower in Bulgaria, the workers more pliable in Romania. But there’s a second, more interesting, question: Even if it is technically possible for these people to repay their debts, live within their means, and return to good standing inside the European Union, do they have the inner resources to do it? Or have they so lost their ability to feel connected to anything outside their small worlds that they would rather just shed the obligations? On the face of it, defaulting on their debts and walking away would seem a mad act: all Greek banks would instantly go bankrupt, the country would have no ability to pay for the many necessities it imports (oil, for instance), and the government would be punished for many years in the form of much higher interest rates, if and when it was allowed to borrow again. But the place does not behave as a collective; it behaves as a collection of atomized particles, each of which has grown accustomed to pursuing its own interest at the expense of the common good.

There’s no question that the government is resolved to at least try to re-create Greek civic life. The only question is: can such a thing, once lost, ever be re-created?”

For those who have long considered certain countries at the periphery of Europe to be intrinsically financially irresponsible, the reality is that they have been tightening their grip on public finances with a zeal many will find surprising.

This has been achieved by both tax rises and spending cuts though not universally across the Eurozone. Tax hikes have been the principal architect in France, Italy, Portugal and Spain; whereas others such as Germany, Greece and even the US have shifted the focus to spending cuts.

A good measure for this is known as the “primary balance”. This can be easily defined as whether government receipts are higher than its spending (if we exclude interest payments).

As can be seen in FIGURE 1, all of the Eurozone, with the trivial exception of Spain, have managed to turn significant primary balance deficits into surpluses.

However the primary balance is a bit like someone saying “I can pay all of my bills….except for the mortgage”. 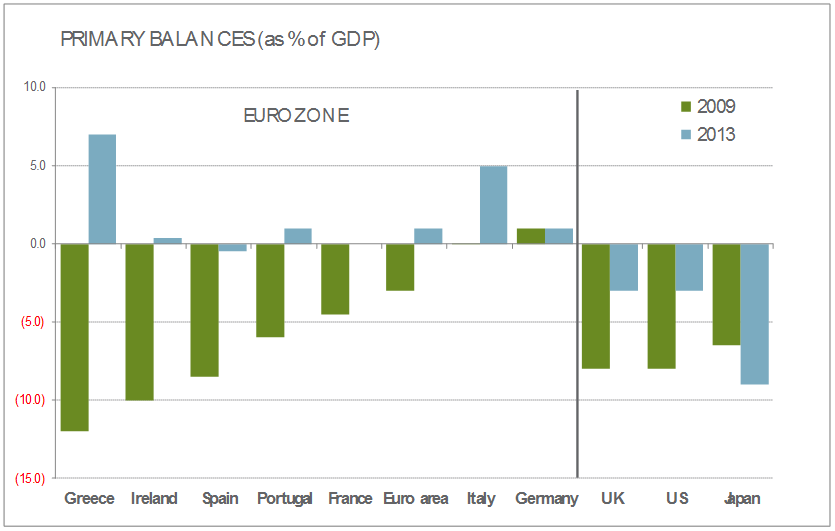 FIGURE 2 (over) shows the impact of the financial crisis on the absolute size of the Eurozone deficits. One conclusion immediately follows. In countries comprising well over half of global GDP, the starting point of big deficits suggest that a further discretionary tightening of fiscal policy appears likely in the years ahead.

That this tightening in major economies is happening in a synchronised manner suggests it will act as a significant drag on global GDP growth for the remainder of this decade. While Greece (and Spain, Ireland, Portugal, Italy etc.) have shown an admirable self-discipline and focus when it comes to their state of semi-democratic austerity (the architect of the strategy resides in Berlin, not Athens) their capacity and willingness to last the course should not be taken for granted, though nor should the steps they have taken to date be dismissed.

Of course the other data that catches the eye in FIGURE 1 is that the US, UK and Japan continue to record moderate-to-large structural deficits. George Osbourne’s austerity policies may play well to the gallery but austerity is more discussed than evident in the UK public finances. As Private Eye noted, Britain’s debt has been “slashed to a record high”. It is also instructive that those countries that have their own currency can maintain higher deficits for longer periods without causing fiscal instability.

Quantitative easing was hardly popular in emerging economies. As American bonds and other assets increased in price ripples growing into waves of capital left. 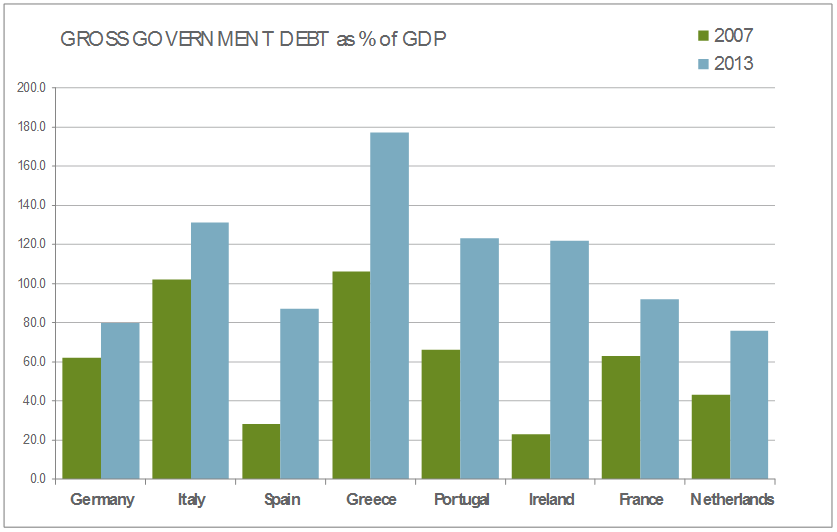