Beware the IPOs of spring

2014 will see a resurgence in Initial Public Offerings (IPOs) – where the public are sold shares in companies floating on the stock exchange. The principal cause for this is that stock markets are relatively high and there is subdued volatility, meaning the bankers are confident that they can get the process completed at a good price. McColl’s (newsagent) has announced it is planning to float with, amongst others, Poundland and Pets at Home expected to follow suit shortly .

The pent up supply comes from financial buyers (such as private equity firms) who have found public markets closed for several years due to the financial crisis and are desperate to make some exits. Private equity companies have raised funds aggressively on the back of their ability to make exits in 2013 and must continue to show their investors that they can exit portfolio companies.

It also helps that interest rates remain at record lows (so that interest payments don’t draw the eye towards stretched balance sheets) and that Vodafone will be flooding the market with liquidity when, as part of the largest dividend ever paid, it hands over to shareholders the majority of the £84bn it raised from the sale of its Verizon stake.

While the prospectuses from these IPOs may be filled with glowing images of profit lines stretching ever upwards into the future, as a general rule investing in IPOs is unattractive:  while you may get a pleasing first day “pop” (a headline catching rise in the share price) they have been shown to underperform markets over the long term.

There can be a myriad of different motivations for floating a company and one should be less concerned by an IPO in which funds are raised in order to pay down debt or for investment and where the shareholders and managers remain in place, than by an IPO where a private equity owner sells their entire stake and no longer has any residual investment in the company.

There are a variety of reasons for this:

Firstly; private equity firms are highly skilled at buying and selling businesses. It is what they do, and they know more about it than you. You should always be uncomfortable when buying anything following an asymmetric negotiation — where the seller knows a lot more than you.

The second reason is that ultimately when you buy any business you are buying an income stream (profits) from its assets and people. These profits are capable of being inflated in the short term at the expense of long term growth and private equity firms have been justifiably criticised for this on many occasions.

However, even with these concerns, the evidence suggests that private equity can have a significantly positive economic impact. Private equity does its best work when shaking up complacent management teams and companies. It takes hard decisions when required to restructure businesses and makes sure the managers are well rewarded for improving the business.

Private equity is necessary for an efficiently functioning market economy, you just have to be careful when they are trying to sell companies to you.

While the views from the site visit (see IPO CASE STUDY, below) may be increasingly representative of the general experience this was a one-off site visit to one of the many attractions Merlin owns so we should be careful not to extrapolate.

Our advice remains the same, though: beware IPOs! 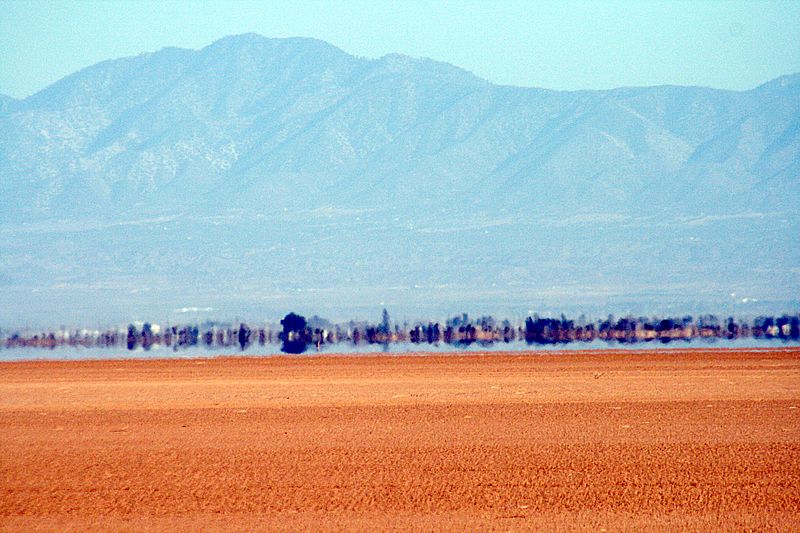 HOW TO MAKE A MIRAGE

The mechanism is simple enough. Let’s say you own a fictional company called Acme Corp and this company currently makes £10 profit and profits have grown at 5% a year over the last couple of years. A reasonable way to value the company may be to say it is worth 10x these profits or £100.

As a theoretical example from an alternative world the private equity owner of Acme Corp spent the last couple of years getting ready to sell the company. It reduced investment, cut back on capital expenditure and raised prices for example. These behaviours may come back and bite the company (profits reduced, increased future investment etc.) at some point but in the short term they were able to boost profits to £15 and by doing this the historic profits growth has become an impressive 20% a year. They persuade investors that this growth is sustainable and therefore they should pay a higher price for this more attractive income stream, say 15x. In the private equity world Acme Corp is now worth 15x its profits of £15 or £225.

Now the question to ask is: is this magical growth in the value of Acme Corp from £100 to £225 the result in it being an intrinsically more valuable company or is it a mirage? In this simplistic example there has been no sales growth, no innovation nor any improvement in the underlying quality of the business.

Merlin Entertainment floated on the London stock exchange late last year at a valuation of around £3bn. Merlin is the owner of tourism and leisure businesses including Warwick Castle, Alton Towers and Legoland.

The company was previously owned by private equity firms and in fact has had several private equity owners. This should hopefully now act as a big red warning sign when considering the shares; the flotation at a punchy valuation (they tried to float it in 2010 but pulled out citing “volatile markets”) of a firm that has been flipped around a few private equity houses should ensure that suspicion and cynicism is the natural reaction. Incidentally we would recommend these reactions in almost all circumstances when considering an investment.

As an exercise in fact finding we sent one of our Partners with children in tow to Alton Towers.

“Alton Towers has scarcity value. The rides are entertaining and the setting is pleasing to the eye. However, the experience, once there, is diminishing.

This is mostly down to the jarring relentlessness with which they try to empty your wallet after the entry tickets (£146) have been bought. £16 for parking is notable as it roughly corresponds with the cost of parking in central London for the day; in the depths of the Staffordshire countryside that is simply grasping. Almost all of the rides culminate in an exit through overpriced shops where you are invited to spend up to £14 on a picture of you on the ride. There is also a “fast-track” queue jumping ticket (£92 per person) which will appeal to those who have the morals of a premier league footballer.

They have clearly spent some money on the new ride “The Smiler”, though a 100 minute wait to ride it on the day meant we were never going to benefit from this investment which simply created a negative experience. Some of the infrastructure is now looking tired and grubby. Years of undercharging and overinvesting in the past have been reversed and it is now starting to show. Its quasi-monopolist status is a factor: the nearest comparable venue is Disneyland Paris and, irrespective of the cost, a whole day of Disney schmaltz is a challenge to any adult constitution.

Most pertinently it has “customer capture”. Once inside you are, in effect, trapped. All of the shops, bars, restaurants and fast food outlets are owned by Alton Towers and are priced as economists would expect from a situation where demand is inelastic. As any parent would attest, it is not “optional” to provide children with food and drink when spending several hours in a theme park, almost irrespective of the price.

As a business it is highly professional in parting me from my cash but this is not without consequences; it is not a pleasant experience being “captured” and systematically hosed everywhere you turn. Alton Tower’s profits will benefit from our attendance this year but, when it is cheaper to take the family for a meal in a Michelin starred restaurant, and when driving home brings a sense of relief and not regret, it is unlikely the P&L will be benefitting from our attendance in future periods.”