This is the term used to describe the practise of using distorted statistical graphics to deceive. In most cases this takes the form of misrepresenting the data by using an inconsistent visual representation.

Data lies were first used on an industrial scale by the USSR to present a falsely optimistic view of industrial success, most famously tractor production. They can be found in a variety of sources from newspapers to governments and typically exaggerate the rate of recent change. 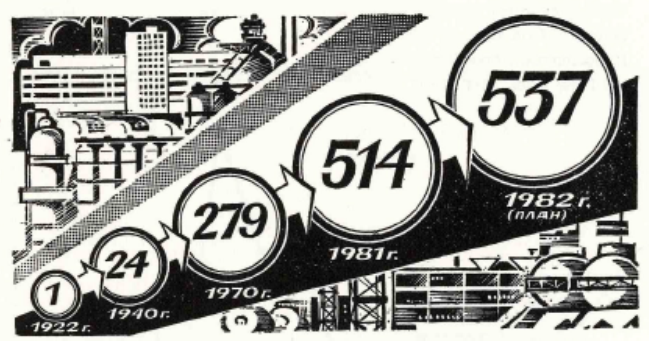 We mention this because the use and incidence of misrepresentative graphics or data lies has declined markedly over the last twenty years as its technique has become exposed. In addition newspapers and governments know that contempt for the intelligence of their readers or voters is seldom the path to success.

However, the recent elections saw the Liberal Democrat party throw off the yoke of integrity to publish some old-school whoppers. We show a couple of examples below, but there was widespread dissemination of these sorts of graphs and data lies in constituencies the Lib Dems were contesting – this was a co-ordinated and planned attempt to distort the electorate’s perceptions and consequently voting intentions. The representation of the Labour and Lib Dem columns accurately reflects the data, but the Conservative column is approximately one third the height it should be – the intention is obvious. 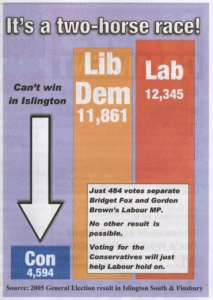 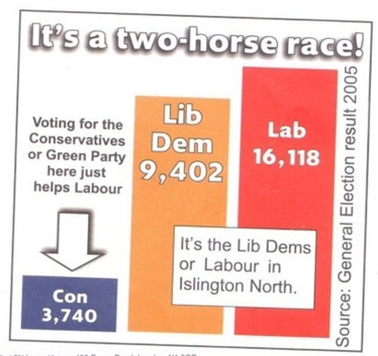